Log on Wednesday at 8:30am with your Swapcard.com registration link for networking before the event. Visit vendor booths and network with business peers.

Planning for the coming year has never been more important, but we need to know what lies ahead in this seemingly unpredictable time. At the Horizons Economic Forecast, we will help you decipher trends so you can make better informed business decisions. Labor, income, retail, housing... they are all included in the Pierce County Economic Index, a local/regional forecasting report. In addition, leading economists will discuss their forecasts for the national economy. For enterprises that want assistance in determining their business outlook, Horizons 2021 is a not-to-miss event.

Rick Wade, Senior Vice President of Strategic Alliances and Outreach
Rick C. Wade is senior vice president of Strategic Alliances and Outreach at the U.S. Chamber of Commerce. Wade develops and implements programs and initiatives to help the Chamber create new business relationships and partnerships across diverse audiences. He also provides counsel on policy issues and leads special projects. Wade's wealth of knowledge and experience in both the public and private sectors enable him to give a megaphone to the voice of business across the country and share the positive impacts of the free enterprise system.
Read More

Bruce Dammeier, County Executive, Pierce County
A Pierce County native, Executive Dammeier attended Curtis High School before going on to graduate with distinction from the U.S. Naval Academy and serve eight years as a Civil Engineer Corps Officer. While on active duty, he was deployed on humanitarian relief missions in the United States and across the world. At the conclusion of his military service, he returned to Washington State and became a dedicated community volunteer. Bruce and Lauren, his wife of more than 35 years, live in Puyallup. They have three grown sons.
Read More

Derek Kilmer, U.S Representative, WA 6th District
Derek Kilmer serves as the United States Representative of Washington's 6th Congressional District.
With over a decade of experience working in economic development in the Puget Sound region, Derek Kilmer is focused on getting our economy and our Congress back to work. Derek has a strong record as a problem solver for Washington families and he's been recognized by veterans organizations for his support of our troops, their families, and those who have served. As the dad of two little girls, he is working to make sure all our children receive a quality education. He is committed to honoring our promises to seniors by protecting Social Security and Medicare. Derek grew up on the Olympic Peninsula and had worked to promote local economic development and to be responsible stewards of our natural resources.
Read More

Eric Johnson, Executive Director, Port of Tacoma
Eric Johnson was named the Port's executive director in June 2019. He sets the organization's vision in creating a new strategic plan for the Port.
He also serves on the boards of the Tacoma-Pierce County Chamber of Commerce and the Economic Development Board for Tacoma-Pierce County(EDB), as well as the EDB Executive Committee.
Read More

Eli Taylor, Vice President, Relationship Manager, KeyBank
Eli Taylor is a Vice President, Relationship Manager with KeyBank's wealth management division. He is responsible for delivering integrated wealth strategies and forward-thinking, objective advice to KeyBank's high net worth clients. Eli has served in various lines of business with KeyBank since 2012 ranging from the Retail Branch Network, Corporate Bank, and his current role in the Private Bank. Originally from New Orleans, Louisiana, Eli now resides in Tacoma with his wife, Lauren, and daughters Brielle and Zoe. Eli earned his undergraduate degree from Tiffin University, majoring in business administration with an accounting concentration, and obtained his MBA from Louisiana State University. He is a 2018 40 under 40 recipient and currently serves on the boards of United Way of Pierce County, The Pierce County Library Foundation, Tacoma-Pierce County Chamber, and in 2018, Governor Jay Inslee, appointed Eli to the Clover Park Technical College Board of Trustees on a 5yr term. Eli currently serves as board Chair.

Dr. Johnson received his doctorate in economics from the University of Washington and his master's degree in agricultural and resource economics, with a minor in statistics, from Oregon State University. He has taught economics at Indiana University's School of Public and Environmental Affairs, at Pacific Lutheran University, and currently teaches full time for Louisiana State University Shreveport in their online MBA and MHA programs.

Tom Layson, Managing Editor, KBTC
Tom Layson is KBTC's Managing Editor and worked in Yakima, Terre Haute, Louisville, Sacramento, Columbus and New York-New Jersey. Tom anchored 13 hours of live coverage in the NY/NJ market during 9-11 - just one example of the many thousands of hours he’s been on set or in the field covering politics, natural disasters, courts and crime, economic development, personal finance and the environment. Tom won an Emmy for Northwest Now and is a graduate of PLU who currently resides in the Puyallup area.

Bill Robertson, President & CEO, MultiCare Health Systems
Bill Robertson joined MultiCare in 2014. He came from Adventist HealthCare Inc. based in Gaithersburg, Maryland. Prior to Adventist, Robertson served as CEO of Shawnee Mission Medical Center near Kansas City, Kansas. He earned his Bachelor of Science in Accounting from Southern Adventist University, and a Master of Business Administration from Texas Christian University. He was also a Certified Public Accountant.

Anthony Anton, President & CEO, Washington State Hospitality
Anthony Anton is the proud executive at Washington Hospitality Association (WHA), a member-based organization that works at the state and local level to find proactive solutions to the challenging issues facing the hospitality industry and its workforce. WHA provides its members with programs, services and the information they need to deliver great local experiences, to ensure the success of their employees, and to help their communities thrive. WHA became the state’s second largest trade association in 2016 when the Washington Restaurant Association and Washington Lodging Association joined forces in a combined association.

Dan is a third-generation owner of Absher Construction Company. Since he became company CEO in 1990, Dan has led the company through steady growth, advancement and the ever-changing industry. Absher is a diversified firm with experience spanning pre-construction, design-build, construction-management and general contracting across both public and private markets. 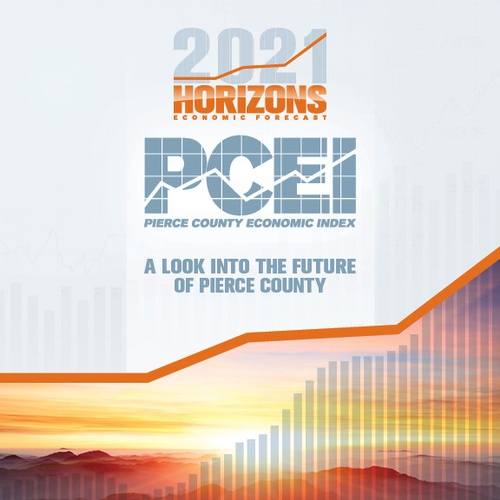 Event will be held virtually on platform Swapcard.com
Swapcard login instructions will be sent to your registered email prior to event