Military Affairs Forum works to enhance communication and opportunities between the civilian community and defense installations.

Brig. Gen. Jeremy Horn will speak on cyber security and give an update on the state of affairs since Sept. 11th, 2001. 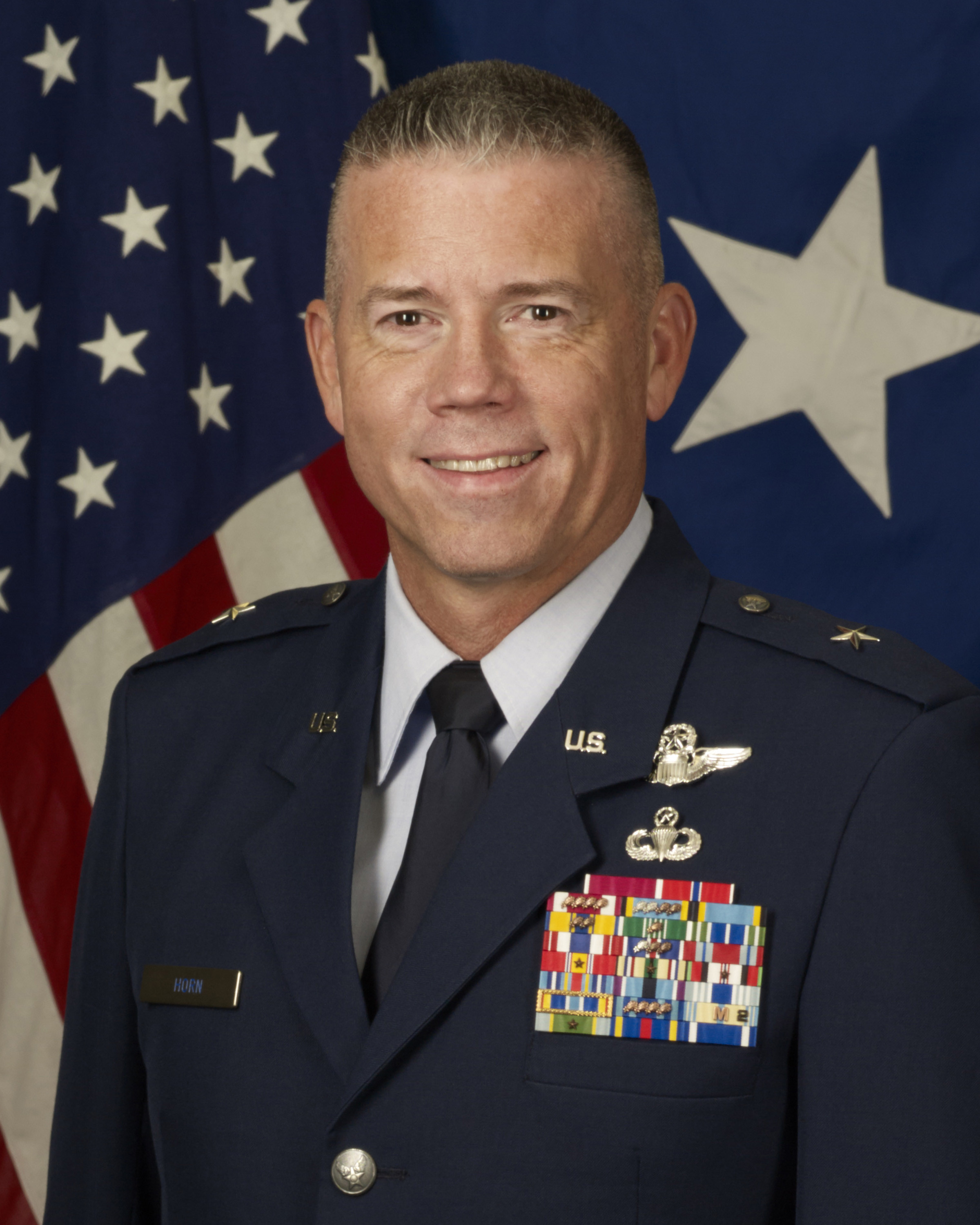 General Horn received his commission upon graduation with military honors from the United States Air Force Academy in 1989. He attended the Euro-NATO Joint Jet Pilot Training program at Sheppard Air Force Base, Texas, and received an assignment to the A-10 “Warthog” upon graduation. He deployed twice to Incirlik Airbase, Turkey in support of Operation PROVIDE COMFORT. General Horn has more than 2,300 hours in the A-10 as an attack pilot, forward air controller, and depot flight test pilot, and completed over three years as a T-38 instructor pilot and aerospace physiologist. He also served as an air liaison officer with the Army’s 2nd Battalion, 75th Ranger Regiment; 101st Air Assault Division; and I Corps. In 2010, he deployed to Bagram Airbase, Afghanistan as a joint terminal attack controller supporting Operation ENDURING FREEDOM. General Horn has commanded at the group and wing level prior to assuming his current position.